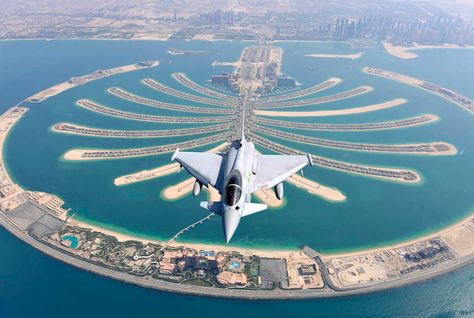 The Geopolitics of the United Arab Emirates (Or, A Study In How Small Places Avoid Getting Wiped Out)

As my home for four years, I got to know the United Arab Emirates quite well.  It was a strange, fucked up place full of wonders that shouldn’t have been there, ranging from green parks next to sand dunes to Indian dancing girls hidden beneath swanky bars full of Emirati men leering un-Islamically while drinking Red Label whiskey.  Nothing quite seemed right, but nothing quite seemed impossible, either.

Needless to say, it didn’t have to be that way.

The United Arab Emirates is a collection of seven emirates under a federal system.  ‘Emirates’, in this case, are territorial units ruled by royal families headed up by emirs, or princes.  Functionally, they’re not much different than kings except loyalty is given to them through tribal allegiance as opposed to Divine Right.  They throw some of that in there too, for good measure, but in theory the emirs (who like to use the ‘sheikh’ title rather than the more formal ’emir’) could be overthrown peacefully if a tribal gathering was called and elders voted something approaching a no-confidence measure in their ruler.

In reality, the sheikhs would butcher them.  But it’s a nice idea.

The UAE sits in one of the world’s most unattractive places.  It’s burning hot for large swathes of the year (fatally so for many infants), with desperately low rainfall, no forestry beyond tiny oases to construct ships, no iron, copper, or other metal, and wide open coasts with virtually no good natural harbors.  In the northern emirates, a handful of dusty mountains gather just enough rain to allow simple tribes to settle down and survive for most of the year, but overall, God must have hated this corner of Arabia, because there’s almost nothing to recommend it.

Alexander the Great’s fleet once passed by – and little more.  The Persians out of Iran considered the place worthless and exercised loose control, if they ever exercised any at all.  A small Christian monastery was founded in the 6th and 7th centuries, but ended up abandoned when either all the monks died out or they realized they didn’t have anyone around to convert to Christianity.  Beyond the handful of pearls scraped from the bottom of the Gulf, there wasn’t much of a way to make a living there.

That all changed at Delma Island in 1958.

We used to joke about what Emirati economics classes were about.  The general assumption was that the teacher would walk into the classroom, sit down, raise his hands to the sky, and say, “Money, it come from here.”  That would then be the one and only lesson for the entire year.

It’s not all that far off from fact.  From 1958 onward, the UAE has been blessed with massive oil discoveries.  What was once a land God despised turned into a land God must have been only having a very long joke on, because the country’s epic cash reserves allow it to buy up land bigger than itself elsewhere.   The story’s been impressive, honestly.

The UAE is a case study in various geopolitical phenomena.  How do small, weak states avoid being swallowed up by big, strong ones?  How do new states build themselves into effective forces inside their territories?  On all accounts, the UAE’s been a wild success, managing to avoid invasion by both Saudi Arabia and Iran and having now propelled its tribal society into a 21st century of zero carbon cities, modern education systems, and cutting edge military forces.

Of course, that’s what the Emirati government will tell you.  What they won’t tell you is how fragile all of it truly is.

Welcome to the UAE! It could die tomorrow

When the UAE was formed in 1971, Abu Dhabi, largest by land and holding most of the oil reserves, was chosen as the capital and its emir, Sheikh Zayed al Nayhan, was chosen as president.  This acknowledged the overwhelming superiority that Abu Dhabi had over all six emirates, Dubai included, which had paltry oil reserves.  Since then, Abu Dhabi has controlled foreign affairs and, over time, managed to persuade, bribe, or cajole all six other emirates into giving up more and more autonomy.  The coup de grace was in 2009, when a broke Dubai and its ruling family had to beg for a bailout from Abu Dhabi in the wake of the financial crisis.  The tallest tower in the world was supposed to be the Burj Dubai, but is now the Burj Khalifa – as in, the sitting president of the UAE and Sheikh Zayed’s son.  Suck on that, Dubai.

But this all belies the very real problems simmering under the surface.  There’s pretty much zero risk of civil war or violent unrest in the UAE – the native population of Emiratis is swamped by expatriates (11% locals to 89% foreigners), and with just under one million Emiratis spread out over the seven emirates, it’d be really hard to organize a civil war.

Rather, the great dangers are those most traditional.

The greatest threats: death and taxes

As in, the death of the sitting president Sheikh Khalifa.  He’s not well; obviously, blatantly, not well, and his looming death opens up yet another round of uncomfortable discussions about who should lead.  The presidential system is based on the say-so of the seven ruling families.  Sheikh Zayed’s genial personality and diplomatic skills led him to leadership, and his son coasted on that legacy.  But rumor has it that Sheikh Mohammed Al Nayhan, Supreme Commander of the Armed Forces and Sheikh Khalifa’s younger brother, is not nearly as well liked.  It’s understandable, considering that the crackdown on Emirati Islamists has been mostly led by him.

Meanwhile, in Dubai, the ambitious and Westernized Sheikh Mohammed al-Maktoum (different than the supreme commander from Abu Dhabi, and happy enough to confuse people who can’t tell a Maktoum from a Nayhan), of a rival branch of the same tribe as the one that rules Abu Dhabi, sees a hyper-capitalist future for his emirate built on tourism, financial services, and real estate – a formula that has worked in several cities in the American West.  It is unlikely he’d challenge Sheikh Mohammed of Abu Dhabi for the throne, but an underlying tension remains between Abu Dhabi and Dubai, and when old Sheikh Khalifa passes on, the negotiations this time around will be high stakes indeed.

Much of Dubai’s attractiveness is built upon its lowered costs.  The UAE’s citizens and residents pay far lower than they should for water, electricity, and staple foods, thanks to Abu Dhabi’s generous subsidies.  Top that off with a tax free environment and you get some truly stupid behavior from people who suddenly feel rich.  But such a model is unsustainable.

Dubai is undergoing yet another real estate bubble – one which will inevitably crash again, though probably not as hard as 2009.  Since money flows freely, such bubbles are easier to come by – one good reason to start introducing new taxes and fees to ease up on the insanity and bring stability to Dubai’s economy.  Additionally, Dubai’s government is offering more and more services, including a police force that (shockingly for the region) more or less does its job.  Such things don’t come cheap, and Abu Dhabi has zero interest in paying for Dubai’s self-improvement schemes.

Rich men can feel poor, too

Most people are unaware that the UAE’s books are not nearly as flush as its oil wealth implies.  With rail projects, spaceports, sovereign wealth funds, massive subsidies, and bail-outs aplenty, the UAE is rapidly hitting its cash wall.  It will remain rich; no doubt about that.  But cash on hand will soon run out because of everything the UAE is doing.  When that day comes, the menace of taxation will arise.  Already tourism and alcohol are taxed, and the model forward will be service taxes rather than income taxes.  Nevertheless, the crazy-go-spend days are coming to a close.  Responsible living will be the watch phrase of the 2020s.

And what about all these foreigners?

An 89-11 split just doesn’t work.  Already foreigners are in key positions throughout the Emirati government; Emiratis themselves have long treated government jobs as extended holidays.  Dubai has led the way in modernization, but no matter how much the Emirati community grows into a mature, modernized state, it simply lacks the numbers to run the country.  Foreigners are there to stay; so, what will be done about them?  Invariably, some expatriates must be naturalized – and not really some, but many, perhaps up to half.  When that day comes, Emiratis won’t be very happy, but will also have very little choice in the matter.

Meanwhile, the UAE must double-down on its alliances with the U.S. and the West

The truly scary thing on the horizon is the coming unrest in Saudi Arabia.  Thankfully, there aren’t any large Saudi cities near the UAE border, so revolution spilling over fences isn’t likely.  But if Saudi buckles and breaks, the UAE won’t be immune.  Then, the UAE will be dependent all the more on the West.  With its ample oil reserves and pliable foreign policy whose central pillar has been “Keep The West Happy” for nearly 40 years, the UAE will continue to enjoy this military protection so long as the West sees use for the Emiratis.

But if Iran is no longer a pariah state, the UAE will suddenly return to its role as a strategically useless position.  If anything, Western strategy will turn to Oman, with its potential to support domination of the Indian Ocean, and let the Emiratis twist in the wind.  Suddenly, then, the UAE will look far more vulnerable if Saudi zealots decide to teach the Emiratis a thing or two about their True Islam.  The West will send no troops to stop a bombing campaign; that’ll be an Emirati problem.  It’s not hard to imagine the Jumeriah Janes in Dubai airport, loot in tow, fleeing such a thing, and leaving Dubai’s glittering towers empty.

So stability must be kept at all costs

To keep foreigners coming to run the country, to keep foreign capital flowing in to die a horrible death in the roller coaster that is the Emirati economy, to keep Saudi out, the West in, and the Emirati dissident movement down, the Emirati government must appear stable.  They’ve recently smashed up a Muslim Brotherhood movement and have installed enough security cameras to ensure would-be terrorists are eyed every step they take.  Their security forces grow stronger and more powerful as Sheikh Mohammed of Abu Dhabi consolidates power, modernizes the army, and conscripts his people for the first time in their history.  The UAE can have no ambition beyond itself, but that is ambition enough.

Holding together the union, forestalling unrest, building a modern economy, and keeping the borders secure is no easy task.  The Emiratis make it look so; don’t let that fool you.  Many a misstep may happen between now and the end of the century, and the survival of the UAE is not guaranteed.

In the meantime, enjoy the brunches.

2 thoughts on “The Geopolitics of the United Arab Emirates (Or, A Study In How Small Places Avoid Getting Wiped Out)”