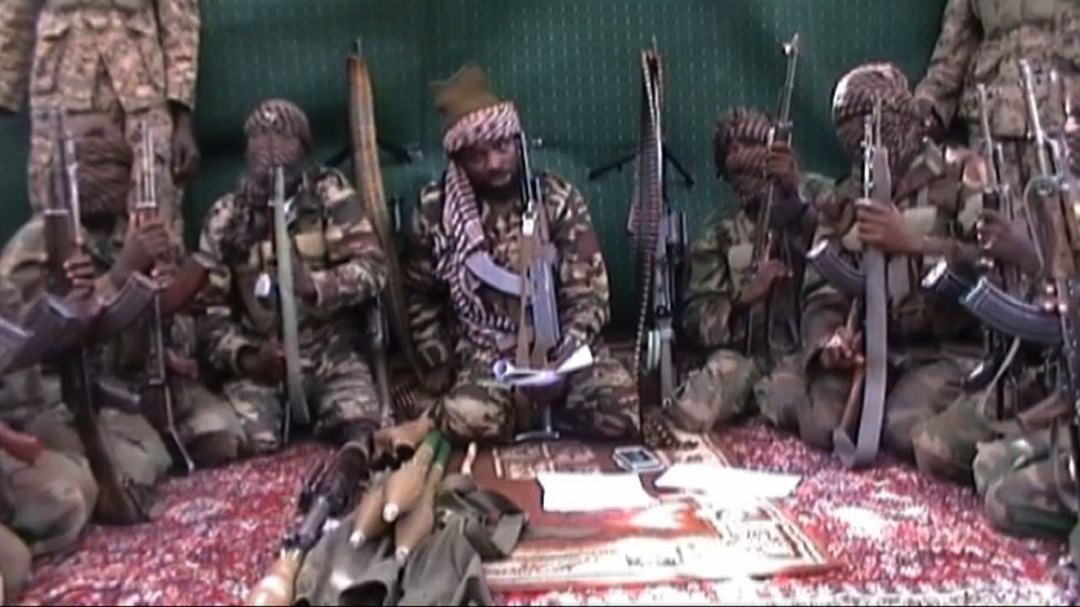 How Can Boko Haram Sell Girls Into Slavery? The Answer, Dear Friends, Is All About State Power

Think back to your school days (or, if you’re still in school, think back to yesterday).  In every social organization with enough people, there must be at least one complete and utter dick.  He or she is the least pleasant person in the world to be around, amasses power through intimidation, violence, or manipulation, and is widely despised.  Thankfully, if you’re in school, you’re generally in a country with a strong enough police force that keeps their nasty habits in check.  This person can only do so much damage before they are jailed or killed.

But in some places, there are few cops.  Nigeria is one of them.

Nigeria’s a place too complicated for itself, and chaos has been its word of the day for over fifty years

Nobody has quite worked out why sub-Saharan Africa missed out on developing advanced civilizations along the same time as North Africa, Europe, and the Middle East, despite the fact that our species probably came from there.  There are guesses; for our purposes, what matters is not the how it happened but that it did.  Society prior to colonization in West Africa was based upon proto-kingdoms, clans, and tribes, with the environment conspiring against centralization.  The network of Nigeria’s rivers, its thick jungles, and its wide open northern frontiers that form part of what’s known as the Sahel made any would-be conquest extremely difficult.  Coalitions of tribes formed into kingdoms; these kingdoms were organized along natural geographical lines, using jungles, rivers, and deserts as borders.

When the British came, that was all swept aside.  With better organization, superior technology, and a willingness to lie like none other, Britain, one by one, conquered the kingdoms and lumped them into something they called “Nigeria.”  Nigeria was, for Britain, just a gigantic resource base to be exploited at will.  Britain applied its Indian model successfully for nearly 60 years in Nigeria – co-opting local elites into their colonial administration, giving political way when way had to be given, and eventually decolonizing in a hurry when it suited them.

Like India, the Nigerian colony was too diverse to become a nation-state peacefully.  The How-To of Decolonization took effect, and as soon as the British left as ringleaders, different ethnic groups started to compete violently for power.  With so many potential factions and a geography that gave minorities the ability to fight off a central government, Nigeria’s alternated between democracy, civil war, and military dictatorship since 1960 with varying degrees of killing.

Like all colonial hangovers, Nigeria’s still setting order to itself

Nigeria’s primary problem is its tribalism.  This tribalism corrupts democratic politics, encourages the military, the only reliably non-tribal force, to overthrow corrupt governments, and increases the likelihood of secession, sedition, and protest along ethnic lines.  Each time a government is overthrown or a protest turns violent, the civil society Nigeria needs to prosper as a democracy, as well as harness its vast oil reserves, gets set back a notch.  Quite frankly, Nigeria has too many people with too many identities to be governed easily.  The state-led process of building Nigerian nationalism is by its nature a slow one, but is harmed further during the bad times of civil war and violence.

Nigeria is without a doubt the most powerful state in West Africa and can field a military effective enough to hold the state together.  But while essential for holding the borders, the army can’t do much to change Nigerian culture out of its tribal mode and into a more national one.  Thus regions that would have split long ago are held in by an army that doesn’t want the humiliation of a shrunken state.

The army can keep neighbors from stealing territory and would-be warlords from making new countries, but it can’t be everywhere at once.  Thus while it can keep Nigeria’s borders intact, it can’t stop the bubbling cauldron of tribal-charged chaos from occasionally overflowing.

What in God’s name is going on with Boko Haram?

Boko Haram is a human phenomenon you understand quite well in your local terms.  They are your local hicks; your racists; your backwoods, sister-raping hill billies; they are the scum you try to avoid standing next to in line because they clearly did a lot of meth last night.  They are badly educated, either because they hated school or because their local town lacked a decent one, and they are universally men who think the world owes them something.  Boko Haram is a different cultural expression of the same kind of assholes you avoid at the bar and silently wish would get hit by a bus when they leave (and you do so silently because you know they’d like nothing more than a fight).

Unlike your local situation, however, there’s almost no one to keep Boko Haram in check.  Imagine those group of assholes deciding to smash up the bar.  You do what’s natural and call the cops.  In a well-ordered society, the cops show up, crack skulls, and restore order.  Now imagine how much damage they could do if no police ever arrived.  Imagine what that neighborhood would swiftly look like, and the horrors they’d inflict on others.

Islam is not the reason Boko Haram kidnapped those girls and is now threatening to sell them into slavery.  Boko Haram did that because they are the cocks that every society has; the difference is they live in a country that cannot always control them.  The fact that they claim they’re doing all this in the name of Islam is irrelevant; bad guys find excuses for their behavior, and those excuses are most commonly rooted in some kind of perversion of local culture.  Boko Haram is Nigeria’s equivalent of America’s KKK, with many of the same behaviors and psychological motivations.  The primary difference is that Boko Haram can get away with their crimes, while the KKK must restrain itself or face annihilation at the hands of a well-trained and efficient police force.

So how do you rid yourself of such nasty people?

The short answer is that the country must develop a civil society that puts the nation-state ahead of personal interests.  That’s incredibly hard to do and is a generational process.  Nigeria has a start on it with its armed forces and its growing middle class, but in a country of 168 million people, division is not only inevitable but expensive, slow, and dangerous to bridge.

For a country like Nigeria, destroying Boko Haram will not end the behaviors exhibited by it.  Some other ethnic group will do much the same so long as Nigeria lacks a modernized citizenry.  Rather, Nigeria’s most effective institution – its military – must end up managing terrorist psychopaths that will continue to have breathing space within the country’s borders.   Much as police try to manage murder rather than wholly prevent it, this is the best that Nigeria can do for now.

Over time, in twenty-five to fifty years, as Nigeria’s economy grows, wealth spreads outwards, and a middle class emerges to be the dominant force in the country, such groups will run out of oxygen.  The path to such growth is paved by good governance, democracy, and civil peace.  But that path is easily lost in the thicket of tribalism.  Nigeria has a long time to go before monsters like Boko Haram are boxed away in the realm of nightmares.  With some luck, good leaders, and help from the outside world, that day can come sooner rather than later.

4 thoughts on “How Can Boko Haram Sell Girls Into Slavery? The Answer, Dear Friends, Is All About State Power”