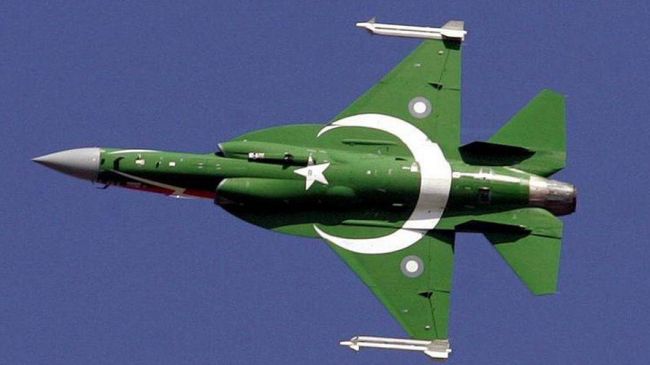 It Ain’t Easy Ruling Pakistan: Or, Why Pakistan Just Said No To Saudi Arabia’s Request for Troops In Yemen

Saudi Arabia has called in just about every favor it had to assemble a coalition of Sunni states for its war against Yemen’s Houthis.  But Pakistan just dropped out; why?  Saudi Arabia has, if anything, been super generous to Pakistan for decades, always ready to lend a hand to Pakistan.  Pakistan’s rulers should have at least bothered with a token force, it might stand to reason.  But Pakistan has other troubles closer to home, and its internal geopolitics keep it from ever being able to focus much beyond its own frontiers.  Thus the curse of ruling Pakistan: a state that could be great if only it could get its own house in order.

And now, the cliff notes.

So, what’s a “Pakistan?”  Start off with its name to get a sense of its division.

The very word “Pakistan” is relatively new.  It’s an acronym that stands for the various Muslim nations that lived and live within its borders: Punjuab, Afghania (the now-tribal regions northwest of Islamabad), Kashmir, Iran, Sindh, Turkestan, Afghanistan, Baluchistan: thus Pakistan.  Early nationalists sought a Muslim homeland within the decaying crown jewel of the British Empire; they erroneously thought Islam would be enough to unify these societies in various levels of development.

They were ever so wrong.  To hold together these many nations has required a three pronged strategy: indulge local elites with state power (and create tons of corruption), keep a strong enough military to ward off other states that might otherwise divide and conquer Pakistan using its many divisions (but then drain resources from national development), and make sure a government is in power ruthless enough and united enough to accomplish both goals (with a natural inclination towards dictatorship, authoritarianism, or army rule).

The Pakistani geographic challenge:  being Egypt without the desert or ocean frontiers.

Egypt and Pakistan were among the first cradle of human civilization: the Indus River Valley and the Nile both developed urban societies around the same time (both had cities by 3000 BCE).  But the Indus River was open to attack from tribes out of Afghanistan and India, unlike Egypt, which had deserts on three sides and ocean on another.  While Egypt built the pyramids and was unified by the pharaohs, no such process happened in Pakistan: as soon as one ruler looked to be too strong, outsiders from India or Afghanistan could and did meddle to upset unification.

Thus Pakistan was only unified by outsiders who saw it as a frontier rather than a base.  Alexander the Great’s army was forced to settle his empire’s frontiers on the Indus; Indian dynasties that followed did the same.  While a valuable place with a good growing season and plenty of water, the Indus Valley simply couldn’t compete with the geographic advantages of powers based out of Iran or India, who each tossed the region back and forth between one another.

When the British took over the decaying Mughal Empire, they saw the Indus in much the same way: their colonial footprint was lighter and relied heavily upon local elites to keep order.  Critically, they drew their imperial boundary on the now-infamous Durand Line, named after the diplomat responsible for it, when Afghanistan turned out to be too expensive to conquer.

The British were successful arbiters between various competing elites until the 1920s, when nationalist movements emerged to challenge the Empire.  One of them, the Muslim League, sought a free Muslim state bound by the tenets of Islam.  Much like the Zionists pining for Palestine, the Muslim League believed it could use its common faith to build a state from the millions of Muslim within British India.

But unlike the much smaller Zionist project, Indian Muslims were far more divided with many more vested interests.

Crucially, Zionists were foreigners coming to colonize in a big social “do-over” project – their slate was blanker.  The Muslim League wasn’t proposing anything like that, and plenty of historical, political, and cultural baggage of these many different Muslim nations came with statehood.  Worse, Hindu nationalists in India wanted control of Kashmir – the “K” in Pakistan – as a strategically and religiously important region for their new state.  Pakistan disagreed; the war that followed in 1947 produced millions of refugees as Hindus fled Pakistan and Muslims fled India.

The war didn’t produce a clear winner; neither did the wars that followed.  Rather, the rivalry over Kashmir militarized Pakistan.  But nothing could get through the fact that Pakistan was grossly outmatched by India in land, population, and resources.

To marshal its fewer resources and keep Pakistan from breaking up, democracy couldn’t last.  The stress of internal and external pressures wiped out Pakistani democracy by 1958, barely 11 years after the foundation of the country.  Further proof of the difficulty of running Pakistan was its troublesome Eastern half – what is now Bangladesh.  West and East Pakistan had been lumped together because of their common Islamic faith, but they had little else in common.  West Pakistan used East Pakistan as a cheap source of manpower while Westerners dominated the government and military.  This was unsustainable, and rebellion and secession were inevitable.

In 1971, East Pakistan split off to become Bangladesh, cutting the rump Pakistan off from millions of laborers as well as the ability to force India into a two-front war.  This streamlined the Pakistani state, allowing Islamabad to focus on trying to homogenize a more manageable territory.

So a second round of democracy was tried, but failed for the same reasons it hadn’t worked out in 1958.

Military dictatorship had led the country to defeat in 1971; the reaction against them was natural, but ill-suited for Pakistan’s needs.  In 1977, another coup followed.  Once more, the state needed a strong, organized, nationalist hand to guide it; that hand was the Pakistani military, the only institution not riven with regional, sectarian, and ethnic differences.

This went on until 1988, when democracy got another go until 1999.  Yet another coup brought to power the most recent military strongman, Pervez Musharraf.  He stepped aside under domestic and U.S. pressure in 2008.

The pattern of Pakistani politics reflects its unstable position in the region: with so many different nations wanting so many different things, democracy only lasts until it threatens to undo the state itself.  When that happens, the only institution that is capable of saving Pakistan steps in.  The military thus hovers over Pakistani politics, waiting for a dangerous slip up, in order to preserve the political center of gravity necessary to hold together so many groups.

Pakistan remains one step above chaos, thanks in part to its neighbors wanting it to stay together.

Pakistan’s unnatural geopolitical state is partially held together by the support of its neighbors.  Even India, its arch rival, does not want to see Pakistan break up; to bring into being more states would make the region considerably more dangerous, especially with  nuclear weapons now in play.  Rather, each state seeks a simmering, weakened Pakistan, from Iran that prefers a weak Pakistani hand in Baluchistan to Afghanistan that wants to push back against the long interference of Pakistan’s military.

This is not a lost fact on Pakistan’s security forces, who are rightly paranoid that few have their best interests at heart.  From the Cold War on down, Pakistan has been used by outside powers; the U.S. chose Pakistan simply because India had slanted Soviet.

Pakistan’s natural resource base is enough to feed a large population, but not enough to industrialize it.  It therefore needs outside investment in both technology and cash to prop up an otherwise agriculturally-based economy.  This it gets by selling basing and pipeline rights to whoever is interested; Pakistan’s close relationship with China has never much affected its strategic value to the United States.  To fund its spotty education system, Pakistan has long turned to the Persian Gulf states, happy to spread their own cultural values abroad.  This last part has backfired tremendously; within the schools funded by Saudi Arabia emerged the Taliban, now a seemingly endless threat to Pakistani power.

Pakistan resembles a great whack-a-mole game, with a powerful military able to only suppress one problem at a time.

Pakistan’s formidable army has yet to crush the various insurgencies ranging within the country’s borders.  That’s because once it has secured one region, its resources must shift to deal with another uprising or crisis.  Neither India nor Pakistan has shown the wisdom to negotiate over Kashmir; both have elites who win easy popularity points by trying to capture it.  Thus Pakistan is perpetually locked into a resource-siphoning stalemate with much more powerful India; its nuclear weapons program is the only trump card it has to keep Indian tanks out of Islamabad.

On occasion, it’s necessary to channel some of this whack-a-mole energy into a democracy, allowing periods of political expression and thus saving the state the energy of repression.  Unfortunately, too long of a period like that threatens to unravel Pakistan’s state fabric; a long enough, and open enough, political conversation could seriously weaken the state as its many nations assert their own rights at the expense of the central government.  Imagine if the Taliban were to win parliamentary seats and become kingmakers after an election.

Thus the state is stuck between the two worlds of dictatorship and democracy: it cannot allow too much freedom for too long, or else risk undoing the raggedy ideals that still bind the state.  But nor can it stick purely to dictatorship, or else it will use up so much state power in repression it will end up broke and ruined.

Thus Saudi Arabia’s request was ever so a misread of what Pakistan can do.

Pakistan can’t gamble on an overseas war when so many of its own internal wars aren’t yet settled.  With development, growth, and time, Pakistan may homogenize its many nations into something resembling a Pakistani nationality on the scale necessary to sustain a democracy.  But that road is bumpy and full of terrors; there are many who don’t want to see a strong Pakistani nationality emerge, including Pakistani citizens themselves.

Thankfully, Pakistan can count on its neighbors to try to hold it together.  Like other artificial states, Pakistan struggles to reconcile what it is with what it wants to be.  But its nuclear bombs will keep many interested in preserving its artificialness for a long time to come.

4 thoughts on “It Ain’t Easy Ruling Pakistan: Or, Why Pakistan Just Said No To Saudi Arabia’s Request for Troops In Yemen”