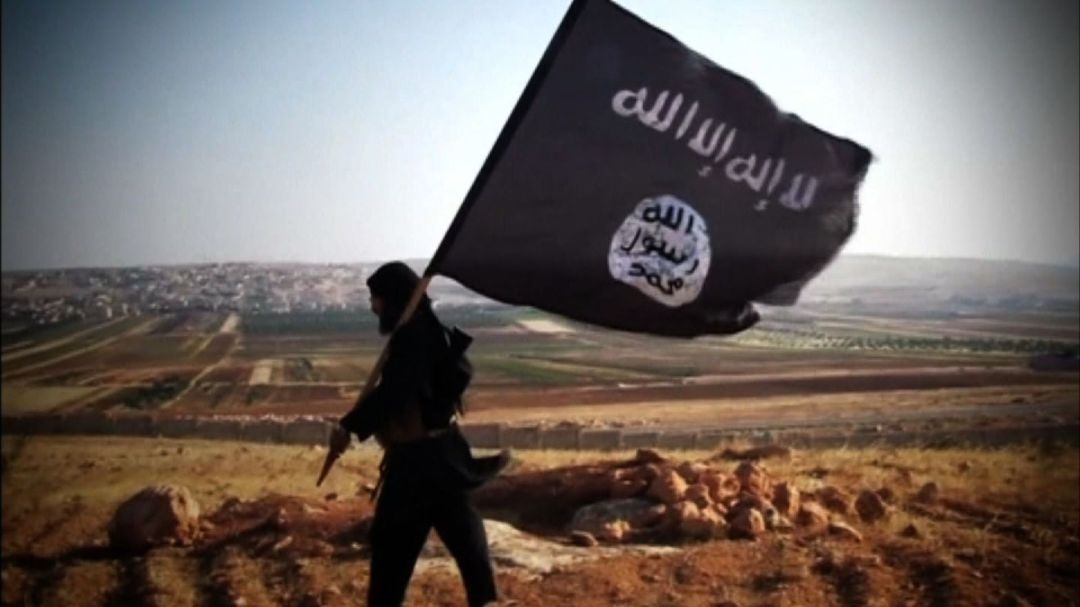 Important caveat!  This is not a strategy.  Again, this is not a strategy, and it doesn’t pretend to be.  It’s a geopolitical guide to the conditions that must be present before ISIS, or the Islamic State, vanishes from the Earth.  It doesn’t proffer a city-by-city, step-by-step victory guide, and anyone within the field of international relations, military strategy, or terrorism will understand that straight off.

Instead, it’s a handy way for people scouring the Internet to understand why this victory is likely inevitable, but will also be very long in coming.

So then, the problem with the war on ISIS.

Like World War II and the Cold War, this war cannot be won short of total victory.  ISIS must not only be defeated, it must be annihilated.  That’s because ISIS’s world views and the world views of its opponents are completely opposite one another; coexistence is impossible so long as the two continue to believe what they do.  This is not like winning a border skirmish, or overthrowing one set of elites in a government and replacing them with another.  This is finding a way to destroy a belief.

Recently, this has been done twice: once against fascism, and once against communism.  In both cases, the amount of power deployed was astronomical, but the approach taken to defeat one or the other defined the length (as well as the costs and risks) of the struggle.

In both cases, the quest was to show that the given ideology could not provide the same level as security and prosperity as Western democratic capitalism.

There is a great deal of hate within this poster. That hate fueled the war effort and provided the geopolitical power to annihilate Japanese militarism. (Source: http://www.fortmissoulamuseum.org)

In order to defeat fascism, the West embarked on a program of total war, which culminated in the atomic bombing of Japan.  Fascism was targeted for physical annihilation; its soldiers were killed or rounded up in prisoner camps, its officials attacked and bombed whenever possible, and the ordinary citizens who, in their small ways, made the system function, were deemed legitimate military targets.  After the invasion of Germany and the atomic bombing of Japan, it was physically impossible for any fascist elites to deny their system had totally and utterly failed them.  Rant though Hitler did about the Jews and betrayal in his bunker, at the end of the day even he knew the Soviets were just a few hundred yards away.

This was the military approach, and it was costly in both lives and treasure.  But the struggle against fascism took, by the longest measure, just 14 years. (Starting from Japan’s first invasion of China in 1931). Compare that with America’s war on the Taliban, now closing also on its 14th year with no end in sight.

The other time the West defeated an ideology was during the Cold War.  This began in earnest in 1948 with the Berlin Blockade and continued until 1991.  That’s 43 years; two generations grew up and came of age with the struggle.  Unlike the battle against fascism, the Cold War was more about soft power displays of superiority.  The entire space race was a “My dad’s smarter than your dad” pissing content; when the Cold War went hot, it was during struggles for alliances and influence, as each system sought to prove they could support prosperity and security for prospective friends.

Slowly, over those 43 years, Western geopolitical superiority asserted itself to the point where the USSR’s elites understood their ideology had failed them.  Their mishandling of reforming communism cost them the Soviet Union, while China’s elites managed a more successful transition.  In both cases, communism died out.

So how does that translate to the war on ISIS?

ISIS would be a lot simpler if it were just an ethnic group looking for a small state carved from a bigger one.  But it’s not.  It’s an ideological movement that seeks to completely upend the international system and shove itself onto the map.  No powers seek to accommodate ISIS in any way, shape, or form; everyone rejects their goals.  Contrast that with both the outlook and treatment of Kurds and Palestinians, both groups seeking statehood who have other nation-states supporting them.  Neither the Kurds nor the Palestinians seek anything more than a place within the existing nation-state system.  They’d very likely both be capitalist leaning and play by the rules of nation-states set up since World War II.

ISIS, on the other hands, seeks a Kingdom of God that would totally redefine the international system.  Its primary goal would be conversion, religious purity, and further expansion of its religious viewpoint.  Like both communism and fascism, it would seek to control as much territory as possible while subjugating the minds of its populace.  Like those ideologies, its true believers think their system would organize resources and people more effectively than Western democratic capitalism, becoming a better, juster system.  (This is because they think they’ve accurately translated God’s desires for how people should be organized politically.  Unlikely, that.)

What some think may be the Islamic State’s short term plans. To capture Baghdad, Damascus, and Aleppo would provide it with the people necessary to set up a good sized power. (Source: Institute for the Study of War)

It isn’t necessary to wipe out the citizens to defeat ISIS; as shown during both World War II and the Cold War, the key component is that Western democratic capitalism must demonstrate its superiority as a geopolitical system to the citizens of the Islamic State.

Key here is that the West definitely has the power to destroy ISIS, but is using only measured amounts because the threat doesn’t warrant much more.

If NATO began a total war on ISIS, it would collapse rapidly and disappear into an underground movement.  But that wouldn’t be worth the costs; the only sure way to guarantee they wouldn’t return, or that they wouldn’t be replaced by something worse, would be a long-term, neocolonial occupation of their territory whereby the West would slowly set up the state institutions necessary to keep those kinds of forces at bay.  Because the Islamic State has not captured a major city besides Mosul, and because it has yet to replicate its blitzkrieg from last summer, it’s clear that, for now, the cost-effective method of combating ISIS is combining the military strategy with the soft power one.

Islamic State ideology is not an effective system for a modern state.  It marginalizes half of its working population – women – by subordinating them to their families rather than freeing them to explore careers.  Unlike Saudi Arabia, which does the same thing, it doesn’t have vast oil reserves to make up for that lost productivity.  Its political system values brutality and religious learning rather than creative thinking and compromise; Islamic State elites will use untold amounts of energy terrifying their enemies into submission and memorizing religious texts to maintain power.  They will, in other words, be focused on the enemy within almost as much as the drones above.  Finally, Islamic State’s economic program is rooted in a 7th century economy; to undo the decades of mismanagement of Arab socialism is a hefty task even when you don’t shackle it with ancient ideas.

All of that means Islamic State won’t be able to organize its millions of subjects into a modern economy, which in turn will mean it will, over time, have a harder and harder time paying salaries, supplying troops, and carrying out the business of government. Since it can’t get enough resources together to build an arms industry, it will, on a long enough timeline, run out of the heavy equipment it needs to capture cities and big bases.  (The black market will always be able to supply it with small arms, but that’s the stuff of insurgencies, not would-be states going face-to-face with other state armies).

It buys time when it captures equipment from the badly-led Iraqi and Syrian armies, but its core problem is insoluble: Islamic State ideology provides no path to getting that kind of equipment on a predictable basis.  It can only hope to loot more tanks and vehicles, but it cannot rely on that.

Best case scenario is more war booty to replace lost vehicles. But eventually IS will be down to its last Toyota without an industrial base. (Source: The Guardian)

And so long as that’s the case, it will mean the war will go on, slowly, until people lose faith in the Islamic State.

A full generation of true believers must be disheartened.  Right now, in the fog of war, both the true nature and the true effectiveness of the Islamic State is not well-known by many people.  In the West, we take it for granted that ISIS is a brutal, barbaric entity that can barely keep the garbage picked up, but to would-be jihadis around the world, this isn’t so obvious.  Only through repeated defeats, and through the slow trickle of information about what life is really like under ISIS, will the Islamic State’s recruiting machine run out of steam.  Eventually, disaffected Sunnis will conclude that joining ISIS is either a death sentence or that ISIS has failed to deliver on its promises.  Both conditions would be the victories the West wants.

But those are a long time coming.  It takes a huge amount of time before an ideology is discredited because its a failure; it takes a huge amount of blood and treasure to defeat it.  Since the West has no reason right now to risk more in a bigger war, it will rely more on the first than the second.  That would change if Islamic State began a successful uprising in Saudi Arabia (as it is trying to do), or if it took Baghdad or Damascus.  But until something like that happens, the West will bear no further burdens for those on the front lines with ISIS.

Unless ISIS adapts, and adapts fast, its own ideology will bankrupt it.  There’s evidence it has at least considered a little reform, and certainly its decision to avoid war with Turkey is a sign that at least some Islamic State elites are rational.  But movements that rely too heavily on true believers tend to fall apart.  In the meantime, the war will be a simmer for the West; that won’t be much solace for those who live in the war zones.  They must hunker down and wait out the fighting.

4 thoughts on “The How To Guide of Defeating the Islamic State (Or: The Geopolitics of Defeating True Believers)”