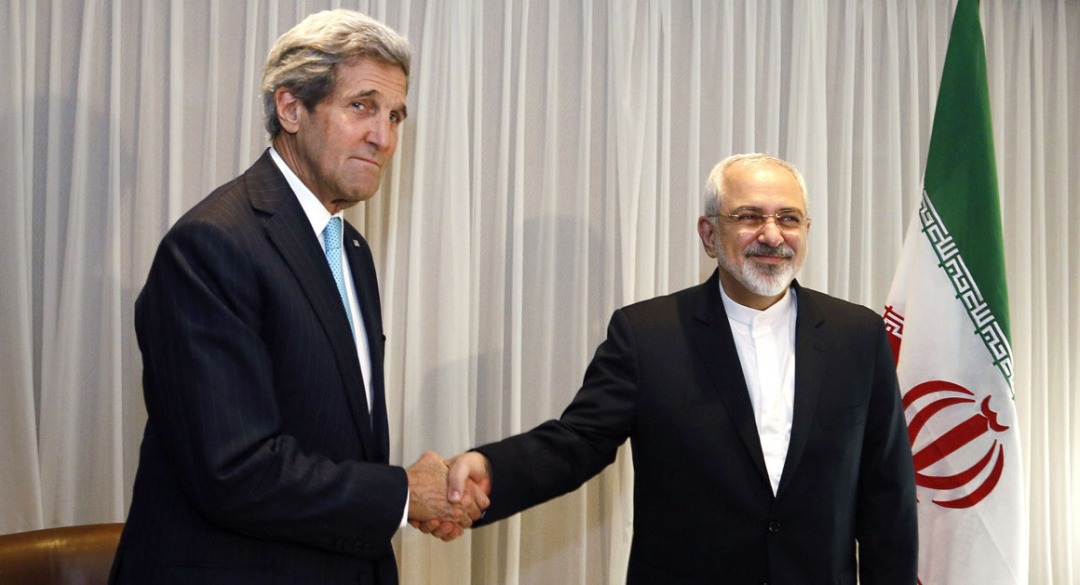 The Iran Deal Heralds a New Middle East (Not necessarily a better one, but certainly a new one)

All hail the Iran nuclear deal!  The naysayers have nayed, the yay sayers have yayed, and even the implacable Republicans of America’s Congress will soon be faced with reality, for there is a deal.

What brought us to this?  Well, geopolitical conditions in the Middle East made this not only the smartest course, but also the most likely.  Here now we we shall look at how we got here, and what’s probably going to happen next.

And now, the cliff notes.

So why couldn’t they afford a war?  Aren’t the Iranians all death-cult suicide bombers from birth?  Don’t Americans love to free the shit out of foreigners using carpet bombers?

First, the U.S. has learned some hard lessons after 14 continuous years of war.  American elites now understand what late imperialists in the 1920s and 30s grudgingly began to realize: it’s cheaper to conquer a place than to run it.  Sure, America can annihilate the Iranian state from the air, but the resulting chaos is so expensive that such a feat isn’t worth the bill.

While rabid “Kill ’em all” American citizens and politicians do still exist, they are a weakened and enfeebled force: they gather around the skirts of men like Donald Trump, who most certainly will not be the next president of the United States.

More importantly, for the sensible hawks still around, the Middle East has dropped to third tier when it comes to crisis alerts.  Russia’s war in Ukraine and possible plots to break up NATO are without a doubt worth immediate American attention, but not far behind are Chinese machinations to conquer the South Chinese Sea by just building new bits of China in the middle of the ocean.  Both Russia and China are “near-peers” in Pentagon parlance: that is, while they aren’t quite America’s equals militarily, they’re close enough to scare the hell out of the Five Stars who sit down with the president.

Thus America has bigger fish to fry elsewhere, and those fish are long commitments of global proportions.  Iraq’s meltdown and Syria’s self-immolation are human and regional tragedies, but they are regional.  When playing for Planet Earth, sometimes it makes sense to abandon the less valuable places.

So America couldn’t afford another war, but what about Iran’s Mad Mullahs?  Don’t they send children across landmines?

Well, one did (Ayatollah Khomeini, the founder of the Islamic Republic), but he died in 1989, and since then an odd sort of reason has come over Iran.

Iran is not crazy.  Let me say that again.  Iran is not crazy, because no country is crazy, because it’s impossible for a group of millions of people to all have a simultaneous death wish.  Countries can and do miscalculate, but in the case of America vs. Iran, nobody could deny that in a war between Iran’s antiquated air force and the USAF, the Americans would have come out on top.

But beyond the prospect of losing a war, what propelled Iran’s elites to shake the hand of the Great Satan?  As always, money played quite the role.

Iran’s urban middle classes have been hammered by the sanctions brought to bear on the Islamic Republic, and their chattering, muttering, and, worse, literacy are dangerous enough on good days, let alone on days when their complaining actually has merit.  Their near-revolution of 2009 was only barely put down; those were better days when Iran’s poor were still partially connected to the world.  But the power of the opposition has only grown since sanctions came into effect.

Hence the supremely wise move by the Supreme Leader to allow the election of political steam valve Hassan Rouhani.  Rouhani is no liberal, but neither is he a hardliner: loyal to the Islamic Republic, he could buy the ruling mullahs some breathing space.  But only on the condition that he deliver results.

To have clamped down harder on Iran’s many millions, while under sanctions, would have been a dangerous move.  It would have risked a civil war like Syria, where the police state failed, or even a full-on revolution like 1979.  The smartest and least risky method was making a deal while holding their nose, making sure to face the cameras as they did so.

Now, with sanctions relief, they’ve bought time without having to indulge any real reform.  How long that formula will last is anyone’s guess, but they certainly have more time this month than they did in June.

So what’s this new Middle East then?  Shall we break out the guitars and backrubs?

Certainly not.  The new Middle East will, in all likelihood, be just as murderous, if not more so, as the prior one.  But the role of America – and its relationship with the nation-states that still stand – will be vastly different.

As noted, America has other, nuclear-armed problems elsewhere.  It must safeguard Eastern Europe from Russia, who even as a weakened foe cannot be written off, and it must prevent China’s rise from morphing into a world war.  In Risk, when you must choose between saving Europe with its 5 armies per turn or Africa with its 3, you choose Europe every time.

The Middle East of the future will be a land of American proxies working on behalf of the superpower to secure energy and safeguard what’s left of the nation-state system.  No state is better suited to that task than Iran, and thus American-Iranian cooperation will only grow in the years to come, even if they do on occasion lash into one another rhetorically.

Who will destroy the Islamic State?  America’s air force and special forces will be key, but there won’t be a repeat of Baghdad circa 2003 in Raqqa; whichever army finally rolls into the Islamic State’s capital will not fly the stars and stripes.  Iran certainly will be part of the offensive to push IS out of Iraq; with Iranian-trained militia and U.S. fighter jets, the odd couple will find new way to hate each other a little bit less with each battle.

And this new Middle East will have old American allies scrambling for security and purpose.

Saudi Arabia in 1995 could count on the U.S. to deploy any amount of force to save the kingdom, but Saudi Arabia in 2016 will get only token support.  American bases will remain in the Persian Gulf, but with one eye on Saudi ambitions and another on Iran.  It serves America little to let Saudi swallow up the UAE, Qatar, Kuwait, and Bahrain, as Saudi Arabia is trying to do through the Gulf Co-Operation Council.

Saudi Arabia will learn, instead, that it’s very much on its own, and America’s shale oil revolution will mean no Marines in Riyadh should revolution or civil war break out.  Alas, Saudi Arabia’s monarchy is a terrible system, and each breath of the king leaves it more obsolete.  Thus King Salman and his deputies must reform fast, and face down the demons of Wahhabism lurking within their kingdom, or they must build an impressive police state that breaks the cycle of history and doesn’t succumb to the fates of the USSR, Syria, and Libya.  Either way, it will be deeply painful, and likely to backfire: picture a Saudi uprising somewhere in the 2020s, with oil fields burning but few worried about much beyond the heightened carbon emissions.

That will ripple across the Persian Gulf’s countries, but their relative smallness will preserve those states so long as America sees reason to keep its bases.  But should Iran and America go from frenemies to friends, and American bases open in Iran once more, the Persian Gulf’s city-states should quake: they too will not be saved come revolution, rebellion, or unrest.

Since the Persian Gulf is woefully unready for democracy, it seems likely the new Middle East will have bylines from Riyadh, Kuwait City, Manama, and elsewhere remarking upon new atrocities while editorials blithely focus on China and Russia.  Some wise rulers will find a way to the 21st century: these wise ones will keep their jobs as figureheads.  Others will resist and be swept away.

And as for Israel, well…

America has no need of Israel anymore.  That strategic reality came hammering home during Syria’s implosion: the last great anti-American Arab state was destroyed, and so why bother arming the IDF?  Emotional and cultural ties remain, and those ties are formidable, but they will fray under the tension of geopolitical need.  America wants a quiet Middle East reordered by powers that can bring peace: Israel provides none of that.  If anything, it stirs the pot.

Thus the hurt feelings between Netanyahu and Obama are merely the beginning: the next president will make it a point to remark upon the uselessness of arming Israel to the hilt.  And as for Israeli settlements?  Those will go from irking the White House to angering it to finally galvanizing American opinion against Israel.  Nobody will want to destroy Israel, or see Israelis flee in boats, but they will press Israel to do what it is loathe: either give up the West Bank, or annex it with full citizenship rights to the Palestinians within.  With history being so odd, both are equally likely: the geopolitical principal is that America must have a solution, and cutting off Israeli funds and arms is the most likely way to get it.

Off the F-16s go to more important skies, and the best the Middle East will increasingly get is guidance rather than intervention.

It will be odd; some will pine for the days when America would smite its enemies from above.  America will smite, of course, but on the cheap, and it will expect Yemenis, Iranians, Iraqis, and whoever else to do the dying while its pilots in Nevada fly drones in air conditioned offices.  The locals won’t have a choice: the days of American armies flooding into the Middle East are over.  America will build on its relationship with Iran, and just as it expected France and Germany to simply let bygones be bygones in the course of the Cold War, so too will it pressure Saudi Arabia, Israel, and Iran to finally get along in the faces of the demons within each of them, ranging from Orthodox settler to Wahhabi jihadi to Shi’a militia-cum-executioner.

For America, it’s the best of deals.  For the people of the region, the hard days are ahead.  The next 10 years will be most interesting indeed.