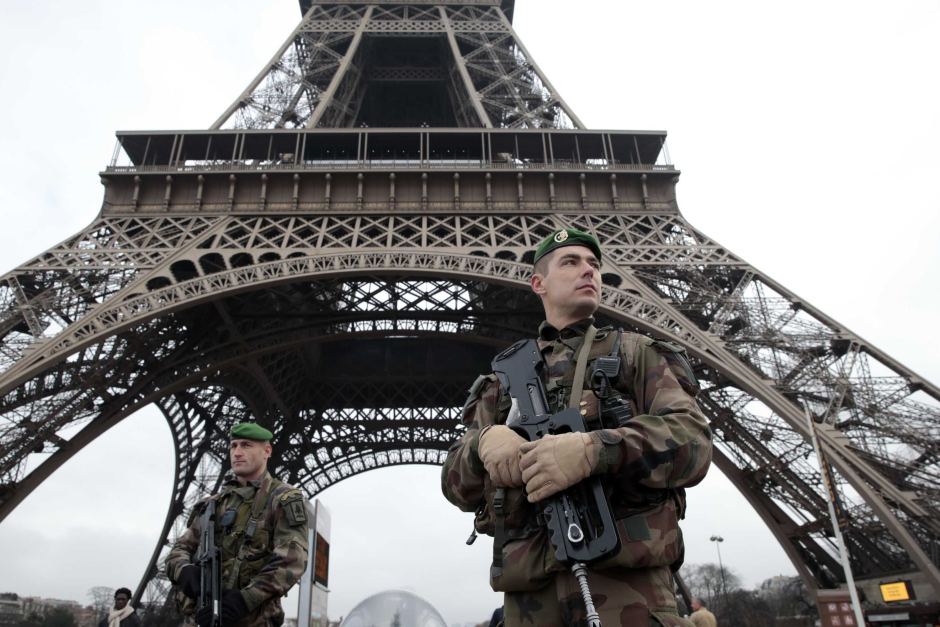 Why the Hell Would ISIS Attack Paris? The Geopolitics of Terrorism

It was not, of course, just Paris this weekend: Beirut also felt the murderous strategy of militant Islam.  For those who are attuned to ignoring the developing world, the attacks in Paris were shocking, confusing, and subject to simplistic explanation: they hate us, they hate freedom, they want Shari’a, etc., etc.

But when it comes to organizations training, supplying, and directing acts of terrorism, hate and religion are not the explanations we seek.  Organizations, like nation-states, are neither suicidal nor nihilistic: they seek to empower themselves and gain security through whatever means are available to them.

So what does the Islamic State seek by attacking Paris?

Terrorist organizations are different than mass shooters or lone-wolf terrorists.  The latter two are often on one-way missions: they know they’ll either be dead or imprisoned by the end of their jobs.  Terrorist organizations, on the other hand, seek to survive as states do, sacrificing replaceable pawns to gain greater security.

But the essence of a terrorist organization is that it is always in a weaker position than a traditional state.  Terrorism is the tactic of the weak: organizations that resort to it lack military-industrial complexes to supply and field traditional armies and police forces.  When a terrorist organization has the opportunity to gain such a military-industrial capability, they try to seize it: armies are always better than bands of mass shooters roaming enemy capital cities.

But Islamic State has no such military-industrial complex.  Even in their 1970s heydays, Syria and Iraq lacked the ability to produce weapons beyond small arms: everything was an import.  Now that Islamic State rules over shattered remnants of both countries, it has even fewer options, with the handful of arms factories either bombed out, badly supplied, or still in enemy hands.  Thus the Islamic State is stuck supplying itself with captured caches of weapons or the black market, neither of which can give it the military power it needs to properly secure itself.

So it must resort, instead, to using terrorism to provoke its stronger enemies to misuse their power.

And the classic example of such misused power is the Soviet occupation of Afghanistan.

While the Soviet invasion was not provoked by terrorism, it remains the hallmark of Islamist militant thinking, because it was a tremendous misuse of Soviet power.  The Soviet Union initially invaded Afghanistan to secure a revolutionary socialist government, and, as per the Brezhnev Doctrine, the USSR believed it could not allow any country, once under communist rule, to slip away.  Moscow in those days believed that to lose one communist ally could cause a ripple effect that would undermine the communist bloc: in Afghanistan especially, it was felt that to lose Kabul was to provoke anti-Soviet unrest throughout Muslim-majority Soviet republics.

Pundits initially predicted a Soviet victory: unlike the U.S. in Vietnam, which was undone by a pesky anti-war movement, the Kremlin could and would pile up the bodies without concern for backlash.

Instead, the expense of battle strained a Soviet economy already weakened by decades of Cold War and political inefficiency.  When the Soviet Union withdrew in 1988, the event became a mainstay of Islamist thinking: if the mighty USSR could be provoked into dumping power into a no-win scenario and eventually worn down, so too could other enemies.

And this was precisely the same thinking that propelled Osama bin Laden and al-Qaeda to target the United States.

bin Laden and al-Qaeda both saw the United States as the linchpin that held together security in the Middle East and therefore thwarted their revolutionary Islamist ambitions.  Washington underwrote most of the regimes bin Laden hated the most: the Saudis and their Gulf allies, Egypt, Jordan, and Israel.  bin Laden believed that if al-Qaeda could provoke the U.S. into a war much like the Soviet one in Afghanistan, it could trick the U.S. into misusing its power so badly it would eventually end up abandoning its alliances in the Middle East.  This would then open the door to Islamist revolution in Arab states and victory over Israel.

To a certain extent, this strategy has worked: the U.S. concluded that reorganizing Iraq was not in its power, withdrawing almost completely from the country.  This directly allowed the Islamic State to roll into Mosul and threaten Baghdad last summer.

Another reason the Soviet war in Afghanistan failed was because Soviet citizens themselves tired of it.  While the Soviet system prevented them from expressing as much until glasnost took hold, this war-weariness weakened a Soviet state that supported the occupation.

But war-weariness is not the only provocation that can work: sometimes, a bloodthirsty citizenry is also what a terror group wants.  If citizens rally for revenge, they often do two things: they tolerate higher civilian deaths amongst their “enemy” abroad while promoting discrimination within their own borders.  Both give the terror group a net gain of recruits, as victims of revenge, who may well have been neutral before, join the terror group out of their own desire for vengeance.

Meanwhile, within the original target country, bigotry creates a Fifth Column of potential recruits, who may either join the terror group directly on the battlefield or who may become sleeper cells or lone wolves capable of causing more provocation later on.

Should citizens go for bloodlust, they are also likely to wary of war once clean victory becomes impossible.  As of yet, no state has ever crushed an indigenous insurgency without massively violating human rights and, as the Soviet example shows, even that doesn’t always work.

But using the Soviets as the gold standard for successful terrorism has clear limits, as well.

Terror organizations have a tendency to miscalculate the strength of their enemies: Islamists especially assume that the West’s moral bankruptcy and hypocrisy makes it rife for collapse.

But despite having some grains of truth, these platitudes aren’t the whole picture. Morality aside, NATO remains a lethal enemy.

While reordering both Syria and Iraq along Western lines is probably outside the power of NATO, destroying the Islamic State is not.  Such destruction would mean driving the Islamic State’s survivors underground back to where they were prior to the withdrawal of the United States from Iraq.  Totally annihilation of their ideology requires time; a full generation or more will need to see their ideology as worthless before it’s abandoned.  (Case in point: Nazism lost World War II, yet branches of Nazism continue to exist and operate worldwide, though toothlessly).

NATO is the most powerful force on the planet: its members hold 50% of the world’s GDP and it has 3 million soldiers, 25,000 aircraft, and at least 800 ships.  Moreover, the amount of power necessary to destroy the Islamic State would only be a small sliver of that force: the Taliban were defeated with less than 2,000 U.S. troops combined with the Northern Alliance.  The Islamic State lacks the hardware to stop a modern, professional army.

And the Islamic State calculates that its enemies will use more power than they should to destroy it.

Continuously provoking Western powers, as IS has done, seems to indicate the wanna-be caliphate wants NATO to do one of two things: deploy too little power, and suffer a propaganda defeat when that venture fails, or deploy too much power, and thereby waste their own strength.  Doubtless, IS would like to see conflict between Russia and NATO within Syria: such a situation would freeze the war against IS in its place.  After all, murderous though IS is, it does not hold nuclear weapons.

Those aren’t wholly without basis; the West hasn’t shown much inclination up until now to die to destroy the Islamic State, nor is its track record in Iraq, where the U.S. deployed a great deal of power, all that great.  But sufficient provocation, as Paris was, will now drive NATO to the battlefield: the question is whether or not it will use its power wisely to avoid a repeat of the Iraq quagmire.

And what a question that is.

France is using a lot of the same language as the United States did post 9/11, which isn’t heartening for NATO strategy.  That being said, NATO has learned a great deal about war over the past 15 years.  Nation-building is a waste of power; NATO won’t try it again, as it did in Afghanistan and as the U.S. tried in Iraq.

What will it try?  That remains to be seen.

One thought on “Why the Hell Would ISIS Attack Paris? The Geopolitics of Terrorism”