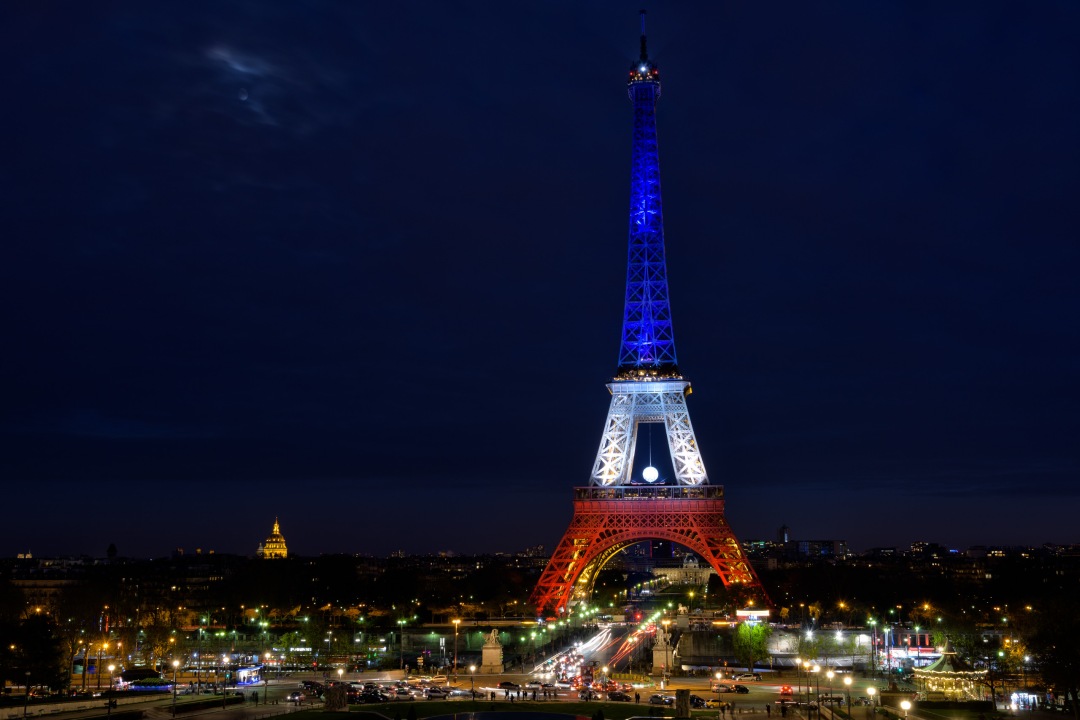 Everyone is breathing a sigh of relief.  As reported by Reuters:

Emmanuel Macron was elected French president on Sunday with a business-friendly vision of European integration, defeating Marine Le Pen, a far-right nationalist who threatened to take France out of the European Union.

The centrist’s emphatic victory, which also smashed the dominance of France’s mainstream parties, will bring huge relief to European allies who had feared another populist upheaval to follow Britain’s vote to quit the EU and Donald Trump’s election as U.S. president.

Marine Le Pen is down yet again; the French pollsters were right after all.  It’s not just NATO and the EU that can sleep a little better; so too can the poll-pushers of the West.

While that is certainly good news for defenders of Europe’s established order, it’s hardly the end of the story.  Emmanuelle Macron represents the last chance for neoliberalism in France. Should he fail, he will leave the field open to Le Pen, or someone like her.

French economic doldrums, migration anxiety and multicultural misgivings are all wrapped up in the European Union.  The EU was designed to ease the geopolitical stressors that kept leading to world wars.  Combined with NATO, it has done that with aplomb.  But to solve one problem has revealed several others.

First and foremost, the European Union faces the danger of becoming a German hegemony.  German resources, human capital, and economic efficiency have turned the EU into a gigantic export market for Berlin.  In 2015, France had a $30 billion trade deficit with Germany.  Germany’s economy is both bigger and more diverse than France’s – and it competes with French products in key sectors, especially in cars and machines.

To compete more effectively with Germany means to do one of three things, two of which are impossible in the EU: build trade barriers, negotiate independence French trade treaties, or gamble on neoliberal reforms.  Alas, trade barriers are illegal among EU states, and the EU speaks on France’s behalf when it comes to trade deals.  That’s one big reason why Le Pen wanted to renegotiate France’s status in the EU: doing so would free her hand to try out more mercantilistic policies.  Marcon rejected that; voters, it seems, agreed with him.

So Macron will continue to play by EU rules and hope he can shake loose the inefficiencies holding back the French economy, tempering down France’s stubbornly high unemployment.

But that’s hardly all.  Marcon must also face down the migrant crisis and the accompanying culture wars raging across France.  This is where Le Pen had her greatest strength: her harsh but clear cut vision of French identity resonated with voters concerned that migration, especially from Muslim countries, would erode France’s national identity.  Marcon has been tepid on how he’d deal with the waves of migrants hoping to gain asylum in Europe.  What’s worse is that as an EU state he can’t take unilateral action – should the EU decide to keep borders open, so too must France.

The refugee crisis in a relatively new phenomenon: it began in earnest only in 2014.  French presidential terms run five years.  If migrants continue to swamp Europe’s shores, and if someone of them continue to choose to conduct terrorist attacks, France might be a considerably more right-wing place in 2022.

Spectacular Sunni supremacist attacks in France have almost certainly driven French voters to the right, especially on the issue of Islam in France.  This time, French voters were highly cognizant of the parallels between Le Pen’s anti-Muslim’s rhetoric and Hitler’s anti-Jewish speeches, and it was a key reason they rallied against her.  Yet that patience cannot be taken for granted.  Political shifts don’t happen in single election cycles.

And if he fails?

Marcon is remarkable because he is young and founded a brand-new party out of the ashes of the discredited Republican and Socialists.  Yet his party’s vision is not terribly radical: it proffers adjustments rather than revolution.  In an era of upheaval, Macron’s victory may say a lot more about everyone else’s deficiencies than his political strengths.  The center-right Republicans have cannibalized themselves in scandal; the Socialists are on life support after an incompetent turn at the wheel.

And therein lies the great danger.  Francoise Hollande, the unbelievably unpopular Socialist president (he once had a dismal 4% approval rating), mentored Marcon.  Did Hollande’s terrible political skills rub off on Macron?  Will his youth prove not to be an asset but a liability as he learns the French system?  Will his background as an investment banker produce yet another pro-1% political regime that pools wealth upward?  Will terrorists discredit his support for refugees?  Will a bungled war in Francophone Africa humiliate him in front of France’s nationalists?

The upcoming June French legislative elections will demonstrate just how weakened they truly are, as French voters show if they’re ready to throw out their old legislators just as readily as they threw out their old presidential parties.  If their decimation continues there, it will open a vast political gap in France for more radical parties on both the left and right to surge forward.

And if Macron repeats the failures of Hollande, it will leave no one on the field but the National Front and Marine Le Pen.