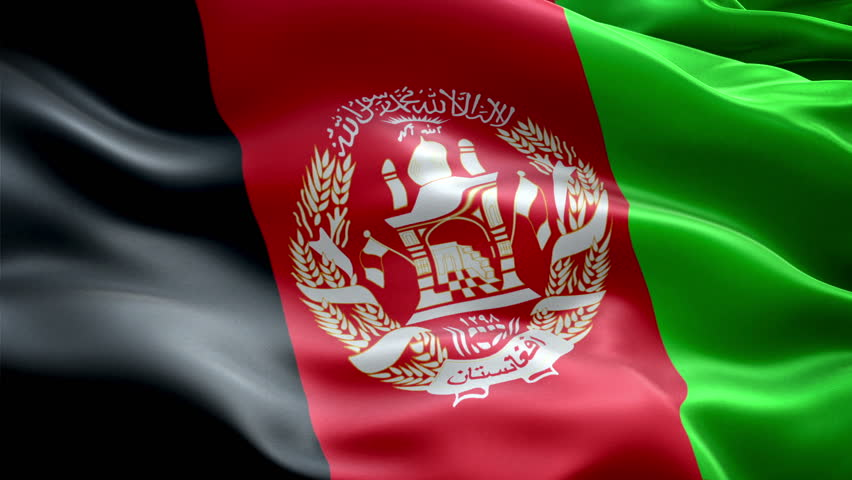 Why America Finds It Impossible To Abandon, Or To Win, In Afghanistan

The pundits were not kind to Trump’s “new” strategy.

“Trump risks the worst of both worlds: leaving the US and its allies neither up nor down, without a clearly defined mission, and stuck in the middle of a worsening conflict,” wrote The Guardian.

“Yet another US president continues, at the cost of tens of thousands of lives, the longest war in US history,” wrote Jacobin.

Ian Bremmer, president of the Eurasia Group, piled on:

US soldiers fighting Afghanistan war for only 17 years. What's another umpteen?

From the widest possible perspective, there’s merit to the criticism.  Afghanistan is “the graveyard of empires,” as the Taliban reminded everyone in response to the new American war plan.  Nearly 16 years in, the Afghan government controls mostly only major cities, and according to the Taliban themselves the militant group contest or control vast swathes of the country.

Alexander the Great’s hardest campaigns were in Afghanistan (Kandahar, the spiritual base of the Taliban, was founded as one of his military colonies).  Both the British and Soviet empires foundered there, the latter fatally so.

So why does the United States soldier on, 16 years into a war that seems both unwinnable (in the traditional sense) and, to many, unnecessary?

A warrior public willing to fight

In a 2015 Gallup poll, only 42% of Americans saw the war as a “mistake.”  That’s critical: public support for the Afghan war remains largely intact, despite the pundits reminding people at every turn that it may also be unwinnable.

Some of that may be because expectations of the Afghan war were already low going in.  President Bush, when announcing the invasion in September 2001, when Bush said “Americans should not expect one battle, but a lengthy campaign, unlike any other we have ever seen.”  That the airwaves back then were full of warnings about a long war perhaps helped steel the public for the coming years.

It’s also because of the relatively light footprint of American troops.  Despite its length, the war has never brought on a draft, nor has the troop number ever gone much above 100,000, and even then only for about two years.  2,400 American troops have been killed, a lower number than Iraq (4,500) and far, far lower than more contentious Vietnam (58,000). That’s made the impact of the war less widespread.  While terrorism was the number two worry of Americans in 2016, it was a crowded field of anxiety. Terrorism had to jostle with foreign policy, immigration, healthcare, and gun rights in the minds of voters.

That combination of low expectations and low impact has made it politically palatable to run a long war in Central Asia.  That is a unique circumstance and has defied the expectations of many, both friends and foes, who often see the Americans as easily spooked by casualties.

When Trump made the decision to adapt the Obama-era policy of a light footprint, he was taking no great political risk.  Money is less important than lives; the incurred debt can, and is, deferred, so the literal cash costs of the war will be reckoned with in years to come, if they are reckoned with at all.

Making it ever harder to find a decent partner

Yet that explains the willingness to keep on.  But why can’t America manage victory, considering how much time has been spent on this particular war?

In short: the Americans keep making basic mistakes, prolonging their own misery.

In this Fabius Maximus post, the anonymous blog writer details a key problem in fighting wars like Afghanistan: in a counterinsurgency, the locals always win.  The only success a foreign invader can have is finding a local faction they can back, who can then win the war on their behalf:

“I sorted insurgencies into 2 groups: local vs. locals (insurgents fighting their government), and foreign vs. local (when foreign forces took a major role fighting local insurgents) — and saw that foreigners almost always lose.”

That’s not all that far off from what Russia practices: in Ukraine, it backs the Russian-speaking separatist group, who, while supplied, trained, and supported by the Russian army, still take the lead in the fighting.  That’s also at least partially true of Russia’s intervention in Syria, where Bashar al-Assad’s forces are still the spreadhead used against the rebellion.

The U.S., on the other hand, too often takes the lead in fighting (because it’s military prowess is unsurpassed), wins initial victories, and then fails to find a local partner able to manage its conquests.  In Afghanistan, the U.S. early on chose Hamad Karzai, mostly because he passed neoconservative political tests because “not only spoke English fluently but also used the language of democracy.”  Karzai tried to put together peace deals with the Taliban.  But his efforts were soon hamstrung by America’s own desire for democratic absolutism: there could be no peace with the Taliban under the Bush administration.

The same impetus cost the Americans the opportunity of a least partially restored monarchy.  When the first loya jirga, or tribal council, was convened in December 2001 to help set up a post-Taliban government, many members clamored for the return of the long-exiled king.  The Americans dismissed it out of hand: nothing short of democracy could be allowed in Afghanistan.

Thomas Barfield, in his Afghanistan: A Cultural and Political History, wrote in summation about this pattern of Afghan history. “Leaders picked by foreign powers in anticipation of their withdrawal from Afghanistan did better.  They included Dost Muhammed after the end of the First Anglo-Afghan War, Abdur Rahman at the end of the second one, and Najibullah during the Soviet withdrawal.  In such cases the foreign power was looking for a leader who was independent minded enough to rule Afghanistan, yet calculating enough to keep the foreign aid coming.”

In other words, the Americans needed someone with their own natural power base, a canny ability to understand and corral Afghan politics, and a reliability that would guarantee they could keep providing them aid.  That list required some moral flexibility, especially since Afghan politics had been unsettlingly violent since the Soviet invasion in 1979, and breaking the cycle of political violence is not a straightforward process that can be managed by democratic institutions.

Alas, the demands of neoconservative moral purity forced the Bush White House to narrow its scope of potential partners on the ground.  Hamad Karzai ticked the boxes, but proved later to be both corrupt and unreliable, which undermined the formation of the post-Taliban state.  Democratic pieties made it impossible for the Americans to replace him; they had to wait for an election, meaning years of bad leadership would go by.

The new president, Ashraf Ghani, is still in many ways an unknown quantity, but his brief tenure has shown a slide away from central government control.  The state is still clearly relying on the West to survive, and so the conversion process of switching from insurgency to civil war is still very slow going.

Coverting the war to a civil one

For the Americans to claim victory, they must convert the war from an insurgency to a civil war, and then back one of the factions.  That’s a big reason why the Americans keep trying to build up the Afghan armed forces, but have had mixed success in that regard.  The Kabul government’s democratic nature means it’s riven with tribal and ethnic differences, undermining the capabilities of the state, and to alter or overthrow the Kabul democracy is beyond the pale for American policy makers.  An unworkable system has produced an unwinnable war.

Since democracy is deeply inefficient in Afghanistan for now, it seems likely the Americans will instead muddle along as they have for years, trying to end the insurgency by arming the Kabul government enough to turn the conflict into a more winnable civil one.  If there is a global model for this sort of strategy, it could be Colombia, which struggled against the FARC for decades before finally reaching a peace deal last year.  That war began in the 1960s.  If Afghanistan follows that model, America’s forces will be fighting in Afghanistan until the 2050s.

6 thoughts on “Why America Finds It Impossible To Abandon, Or To Win, In Afghanistan”