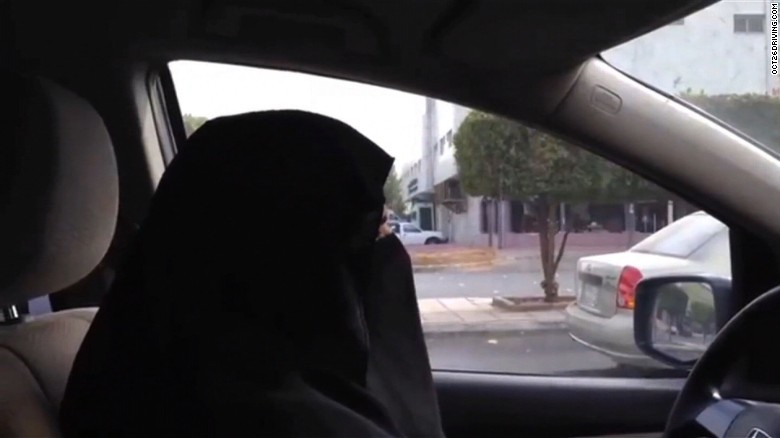 The Saudi Driving Ban and the Shadow of the Ikhwan

“Saudi Arabia will never be the same again. The rain begins with a single drop,” Manal al-Sharif, who was arrested in 2011 after a driving protest, said in an online statement.

King Salman announced the historic change on Tuesday, ending a conservative tradition which limited women’s mobility and was seen by rights activists as an emblem of their suppression.

Decoupling this from a moral narrative is a tough job for Western outlets: even Reuters implies this was a natural right long denied by an oppressive patriarchy as it reports this important step in Saudi Arabia’s development.

Yet the driving ban was reflective of Saudi Arabia’s own internal challenges, its unique path to development, and its deeply uncertain future.  Riyadh has taken an important first step out of the dimming shade of the long-buried Ikhwan.

The Geopolitical Nightmare Fuel of the Ikhwan

Every country has some historical skeleton, some original sin, by which its modernity is haunted.  America is stalked by slavery; the United Kingdom by its brutal, English-led conquests; Germany by its death camps; India by its castes.  Name a country, and with enough digging, you will find a cruel compromise in its founding stones.

Saudi Arabia is no different.

Despite only abolishing slavery in 1962, it is not racial nor even sectarian divisions that haunt Riyadh, but its original alliance with the Ikhwan, the warriors of its crusading founding wars.

Arabia prior to Saudi Arabia was a desolate expanse of nomadic tribes and warring factions, with few permanent settlements and little security for its inhabitants.  Hobbesian brutality governed the shifting dunes.  Adding insult to injury, not far away great centers of civilization flourished in Egypt, Iraq, and Persia.  The tribes survived off the scraps of their trade routes; it’s no wonder that Wahhabism developed a deep contempt for the trappings of “civilized” religion, despising the elaborate shrines, mosques, symbolism, and textual interpretations of their more advanced neighbors.   Some of this scorn may have been a lingering effect from the Qarmatians, a Bahrain-based sect that once sacked Mecca, stole the holy black stone from the Kaaba, and then broke it apart for good measure before finally returning it.

Unworthy of occupation by the great powers, Arabia’s tribes desperately tried to establish advantage over one another to end their state of anarchy.  The Saudi family, based in the heartland of the Nejd, realized that Wahhabism’s pan-Islamic ideology could paper over tribal differences of defeated foes.  The Saudi-Wahhabi alliance produced a superior geopolitical force that established two Saudi states in the 18th and 19th centuries.

In both cases, the tribal might of the Saudi family was able to secure its conquests through the ideological rigor of the Wahhabi interpretation of Islam.  It was a winning combination, except it was not alone in the world.

As soon as a potent native Arabian force began to emerge, it immediately took control of the critical Hejaz trade routes and, most importantly of all, the holy cities of Mecca and Medina.  This could not stand: twice the Ottoman Empire invaded Arabia to break up a nascent Saudi state.  So long as a power based from Egypt or Turkey could project power into Arabia, the Saudis could go nowhere.

But extra-regional forces soon conspired against the mighty Ottomans.  Britain and France, seeking routes to their colonies in Asia, collapsed the Ottoman Empire, leaving Arabia unmolested for the first time in centuries.

Once more, the Wahhabi-Saudi alliance overcame the tribes and sheikhs of Arabia and united the peninsula’s heartland under their banner by 1925.  Yet it was unclear who truly led the Kingdom: the Wahhabi military arm, the Ikhwan (or Brotherhood), or the Saudi royal family.   The Ikhwan interpreted the world as a place divided between Daar as-Islam, or House of Islam, and the Daar al-Harb, or the House of War.  The Daar as-Islam was meant to overcome the Daar al-Harb in stages, eventually bringing mankind to utopia.  With such a worldview, the Ikhwan could not countenance coexistence with the non-Muslim British Empire now dominating Iraq and the Gulf.  They began to raid British territory in 1926-27.

But the Saudis had learned their lesson after two humiliating defeats at the hands of a great empire.  Rather than repeat history, the Saudis turned on the Ikhwan in the Ikhwan Revolt.  By 1930, the Ikhwan were crushed with British support.

Thus the Wahhabi establishment was forced into a subservient cultural role.  Yet the tribal, fractal nature of Arabia meant they were still essential to maintaining a state.  The Saudis had nothing but naked power and the legitimacy of direct conquest to control Arabia.  The Wahhabi clerics gave a religious and cultural glue that brought together the disparate tribes of the Nejd and Hejaz while firmly pushing down the Shi’a of Qatif in the Eastern Province.

This is the internal tension that Mohammed bin Salman confronts as he seeks the 21st century.  Because culture is notoriously hard to measure, no Saudi leader has ever fully known just how deep conservatism runs in the Kingdom at any given time.  Only gross errors have demonstrated their power.  In the 1960s, King Faisal had begun to introduce television and radio to the hitherto media-less Kingdom.  During a violent protest against this perceived apostasy, a member of the Saudi royal family was killed.  In revenge, a Saudi prince assassinated King Faisal.

That was hardly the last time conservatism shed blood.  In the 1979 Great Mosque Siege, Juhayman al-Otaibi and his followers, from the conservative Nejdi heartland, battled with Saudi security forces in the holiest of holies in Mecca.  Though his revolt failed, it convinced Saudi authorities that they had to take a hard conservative turn if they were to prevent a resurgence of the Ikhwan’s shadow.

Crown Prince Mohammed bin Salman has made no secret of his dash for the 21st century.  This is a wholesale reform program, sparing only politics, and it means to challenge the social contract the Kingdom has lived by since the 1930s.

Now the question is if the legacy of the Ikhwan remains potent enough to derail Mohammed bin Salman’s Vision 2030.  The driving ban was economically and socially irrational; it corralled valuable human capital behind a cultural ritual that served only the conservative elite.  Yet its symbolism was meaningful to many Saudi citizens; for those who prefer the old ways, there is no avoiding that the Kingdom has truly changed, and that it will change again.

Mohammed bin Salman has been desperately casting about for a new cultural core beyond Wahhabism; his war in Yemen makes more sense if seen as nationalistic jingoism rather than empire-building.  National Day this year was unprecedented with its echoes of Dubai’s party life, where the wily Sheikh Mohammed bin Rashid al-Maktoum has steered his citizenry towards a national identity of politically passive consumers. Copying Dubai’s hedonistic domestic policies and Abu Dhabi’s militaristic foreign policies appears to be the young Crown Prince’s strategy.

But while the UAE is a success story (at least for now), its model is limited for the Kingdom.  The Emiratis never conquered an empire, nor relied on a religious establishment to keep themselves together.  Mohammed bin Salman must find a unique Saudi path to overcome the Wahhabi cultural core that will doom the Kingdom if kept too long.

He has some advantages.  Saudi Arabia is young – its median age is about 25 – and its population is highly urbanized.  These are geopolitically malleable traits in a developing nation, where youth undermines conservatism and urbanity increases the potency of state-led cultural development.  With a vast store of cash, he can afford to make mistakes as he seeks the best path forward.

Yet there are great dangers as well.  He has no plan for the Eastern Shi’a beyond repression.  Women being able to drive in the Eastern Province will not take the sting out of rubber bullets used on Shi’a activists.  The crashing Islamic State will produce a flood of Sunni supremacists seeking a new venue to make war, and they will find sympathizers amongst the 33 million or so subjects of Saudi Arabia.  Corruption inherent in absolute monarchy must be addressed through political, not cultural or economic, reform – something that will open the door to popular challenges to the Saudis.  Finally, external pressure from Turkey and/or Iran over Qatar may delegitimize Saudi authority, forcing it into a humiliating defeat.

The needle is narrow to thread, yet thread it Mohammed bin Salman must.  Backlash to these changes is inevitable; the question is if the Saudi state is ready for them.