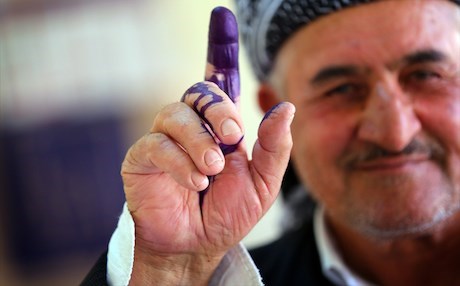 Catalonia and Kurdistan couldn’t seem farther away. One is nestled in the peace and prosperity of Western Europe, the other swims in the chaos of a dissolving Middle East.

Yet the two independence referendums of these would-be nation states are revealing. Both raise questions about the meaning of their regional orders and have provoked pushback from the status-quo world.

European order is strained by a rush of populism, economic uncertainty and post-Brexit fog. The central Middle East has been churned up by the populism of the Arab Spring, the Syrian Civil War, the invasion of Iraq and the Islamic State. When security and politics are this unclear, it gives minorities a chance to break out into statehood.

Both the Catalans and Kurds have recent histories of revolt. The former were the bulwark of Republican Spain during the 1936-39 Civil War. The Kurds launched several largely fruitless rebellions in the twentieth century.

When European and Middle Eastern geopolitical systems were strong, neither Catalonia nor Kurdistan got very far.

For Catalonia, Western Europe’s fear of communism, embodied first by Franco and then by NATO, gave form to an order that prevented secessionism — tainted by the Soviets during the civil war — from making much headway.

Similar fears overlapped in Kurdistan, where Soviet infiltration of Kurdish rebel groups gave Iran, Iraq and Turkey the outside backing they needed to hold the restive Kurds down.

A dying sense of order

That sense of order has decayed mightily in the last quarter century. While the geopolitical Other of communism provided an existential threat to rally European and Middle Eastern states, today conflict bisects and trisects nations, states and cultures.

In the postcommunist world, European and Middle Eastern elites tried to advance their regional orders to newer, more modern forms that would enhance the prosperity and security of themselves and their citizens.

For Europe, that meant moving away from the nation-state system of Westphalia, constructing a post-nationalist continent within the European Union that pooled economic prosperity and defused the war-making power of states.

In the Middle East, the end of the Cold War was an opportunity for both outsiders and locals to establish a Europe-like string of established nation states. From the borders of kingdoms and puppet states would arise real nation states.

In Europe, this process was led by a Franco-Berlin alliance with British input. Combined, their vast markets tempted the continent. In the Middle East, nation-building was led by the United States and its proxies in Egypt, Turkey and the Gulf states. Ham-handed though it was, the invasion and occupation of Iraq was in line with that regional strategy.

These actors haven’t given up on these geopolitical goals and the secession of Catalonia and Kurdistan could upend them.

The threat of a free people

In both cases, legal as well as economic dangers loom.

First, neither Spain nor Iraq recognizes secession. Other countries, including the United States, have fought brutal civil wars to prevent secession, which is a fundamental threat to the geopolitical viability of any state.

Second, the outsiders who guarantee the overall security of both states are wary of setting precedents. The EU worries about the aspirations of other minorities, like Italy’s northerners, Germany’s Bavarians and, most worryingly of all, Bosnia’s Serbs.

In the Middle East, Iraq’s Kurds obviously are signaling that their compatriots in Iran, Syria and Turkey might aim to join them. That would produce chaos for both American allies and adversaries, churning up borders and producing conflict in mixed areas. The Americans like the proxy usefulness of Iraqi Kurdistan but don’t want to cripple the Baghdad-led state that they’ve so carefully and painfully nurtured.

To say “yes” to Iraq’s Kurds would also open a Pandora’s Box of other aggrieved minorities across the Middle East, from the Shia Arabs of Kuwait and eastern Saudi Arabia to the Baluch of Iran and the north-south divide in Yemen. None of these states are prepared to hold a vote like Britain did for Scotland. They would resort to violence and repression, unleashing unknown blowback sure to be exploited by jihadists.

As Europe fears secessionism might undercut the stability of the common market it built to defuse war, the Middle East fears a free Kurdistan would violently undermine and even dissolve the states that have come through the Arab Spring intact.  The fearful status quo world, in other words, will not readily give in.