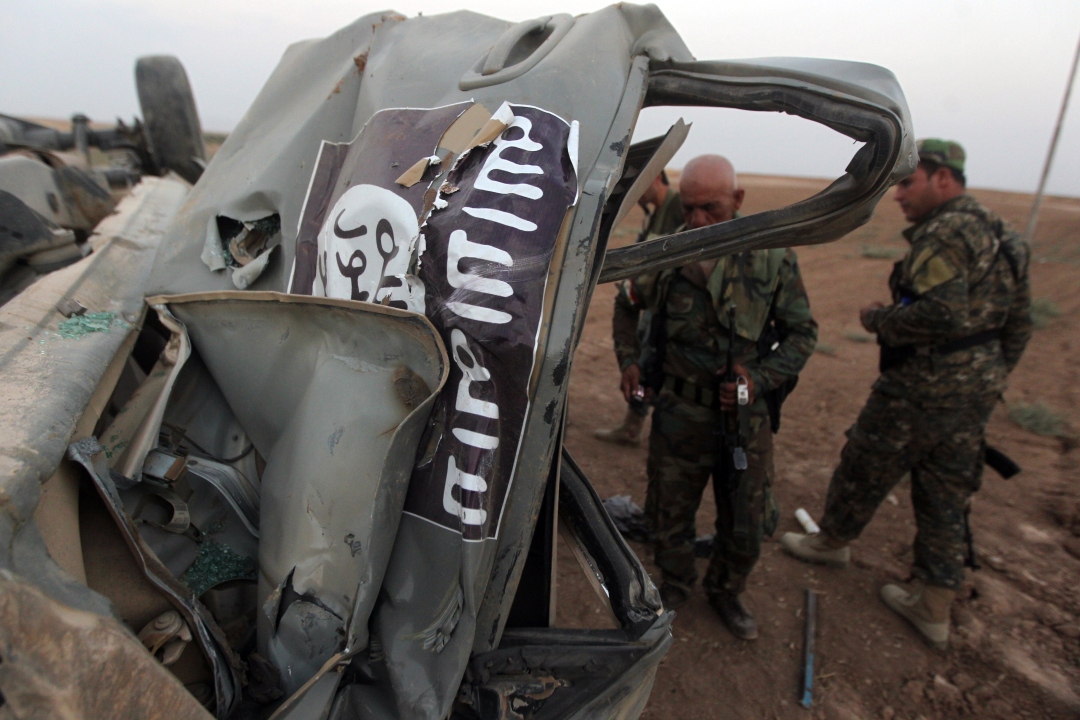 Iraq Is About To Remove the “I” From “ISIS”

The Coalition welcomes the commencement of the Iraqi Security Forces’ offensive to liberate Al Qaim district from Daesh Oct. 26.

Al Qaim is Daesh’s final stronghold in Iraq and approximately 1,500 Daesh fighters are estimated to remain in the immediate vicinity.

Al-Qa’im is a dusty Euphrates river town on the Syrian border.  For much of its occupation, Al-Qa’im was merely a waypoint for the Islamic State’s operations deeper into Iraq’s heartland.  Shorn of its biggest cities, Al-Qa’im is now the final redoubt of the crumbling Islamic State in Iraq.

It seems probable that it will follow the pattern of Hawija, Iraq, where IS fighters surrendered or fled en masse.  It has none of the ideological or strategic value of Mosul or Raqqa, and it seems probable that IS fighters have used up most of the supplies they captured during the 2014 blitz.  Rather than ending the “Iraq” part of ISIS with a bang, this will surely be a whimper.

That leaves the Syrian side of IS.  Unlike Iraq, where a suddenly more capable central government has been both crushing IS and forcing the Kurds onto the back foot, Syria is still a complex enough place to let IS maneuver.  It’s fighting losing battles along the Euphrates River valley; on the north side of the river, the U.S.-backed Syrian Democratic Forces are rolling them up towards the border.  On the south side, the Assadist army is doing the same. In Syria, that leaves only its territory near the Israeli-occupied Golan Heights, as yet unmolested by major assault.

Yet curiously, it maintains the ability to strike deep behind enemy lines. On October 23, the Islamic State managed an assault on a village deep within Assad regime territory far away from any declared territory.  The Syrian desert is vast and tough to patrol; IS is sure to try to use that to begin a new, less territory-based strategy.  A return to the bad old days of mass casualty suicide bombs is sure to emerge in both Iraq and Syria.

That leaves Iraq a simpler place in some respects, but only solves the most severe of conflicts there.  There is still the Arab-Kurdish dispute, which has become violent; the Shi’a-Sunni sectarian split may go quiet in the wake of IS’s defeat, but should Prime Minister Abadi lose control of his Shi’a Popular Mobilization Units (or PMUs, the term used for fighters who are essentially militia), Iraq’s Sunnis will fight yet another rebellion.

Iraqi nationalism is crawling forward, spot by spot.  The removal of IS is a major step in restoring a cracked state.  The worst, perhaps, is over.  But Baghdad still has a lot of work to do.